Extinction Rebellion Chicago is part of the global Extinction Rebellion (XR) group and is dedicated to non-violent direct action to force governments to act to halt global warming. XR is currently active in more than 30 cities across the U.S. and dozens of countries around the world! See the map below.

This spring was Extinction Rebellion’s first try for coordinated global action. April 15 was XR’s International Week of Rebellion and XR UK shut down central London for more than a week. The UK Parliament declared a Climate Emergency by unanimous consent on May 1.

Check our BLOG for the latest posts!

Check ExtinctionRebellion.us, the website of all U.S. Extinction Rebellions groups.

XR started in the UK last fall. Last November 17, more than 5,000 shut down central London for a number of hours by blockading bridges across the Thames (see here and here). Here’s a Guardian video about the London action. XR and climate nonviolent direct action was quickly endorsed by movement and intellectual leaders like Noam Chomsky, Naomi Klein, and Bill McKibben. There was extensive press coverage, including this story by the BBC.

XR got going in NYC in December and has spread across the US, including starting in Chicago in January.

Map of Extinction Rebellion Groups Around the World 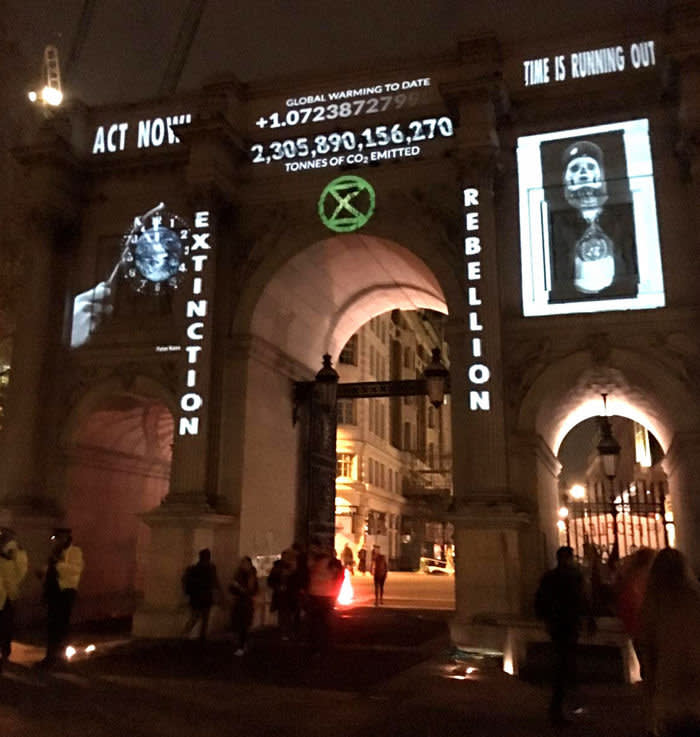 
Extinction Rebellion US is not affiliated with, nor do we support XR America. Our heart and solidarity is with climate justice. XR America has removed the XR US 4th demand and replaced it with an “All Lives Matter” demand and the foundation of their organization and work is based on the false and discredited idea that the Climate and Ecological Emergency (CEE) is separate from social justice.


Extinction Rebellion (XR) is a do-it-together movement. All our design and artwork can be used non-commercially for the purpose of planet saving. This does not mean creating merchandise for fundraising or sending XR a percentage of your sales. We do not endorse or create any merchandise and we will pursue and prosecute anyone who does. The Extinction Symbol was designed in 2011 by street artist ESP, who loans XR usage on the same basis: www.extinctionsymbol.info.